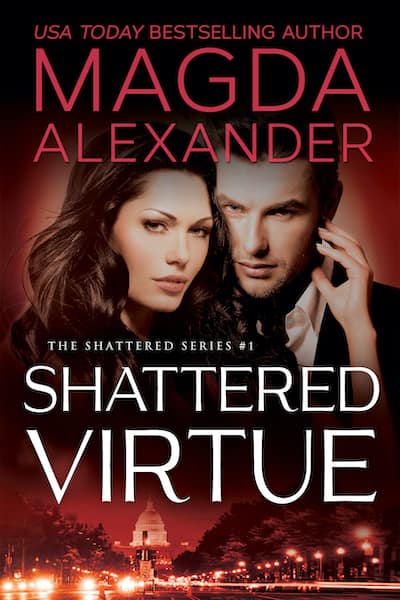 “I need a shower,” Trenton says.

“Me too.” The car we rented reeked of body odors, which have somehow attached themselves to my clothes. I can still smell them on me.

He darts a thumb toward the bathroom. “Ladies first.”

I shake my head. “No. It’s okay. You go.” When I was a child, a spider once crawled out of the bathtub drain. My nanny killed it, but ever since, I’ve been leery around shower stalls, especially strange ones in fleabag motels. If he showers first, he can deal with whatever might be lurking in the corners of the bathroom.

Twenty minutes later, he strolls out, shirt open, slacks zipped halfway and barely hanging on his hips. My breath catches at the sight of him. He’s toweling his dark, wavy hair. Short on the sides, longer and spiked in front, with strands of silver running through it.

But that’s not the focus of my attention. His eight-pack abs are—along with the winged tattoo over his right pec and the sprinkling of dark hair on his chest that almost, but not quite, obscures his nipple ring. Holy Mother of God, not only is he gorgeous, but he smells yummy. Like an expensive pine forest. Maybe it’s the shampoo. Or the soap. But underneath there’s another scent that I suspect has nothing to do with shampoo or conditioners, just him.

“Nice fluffy towels in there,” he says, gesturing toward the bathroom.

“Really?” I ask once I recover my powers of speech. Don’t see how that can be. The one he’s using appears pretty threadbare.

“No.” He huffs out derision, probably at my naïveté.

“Oh.” He tosses the towel over the back of the chair, and my gaze zeroes in on the opening of his slacks where his briefs peep through.

While I stare at him and delve into wicked thoughts, one of those large hands of his goes to the zipper. And pauses.

“Should I zip it all the way, or do you want to look at it some more?” 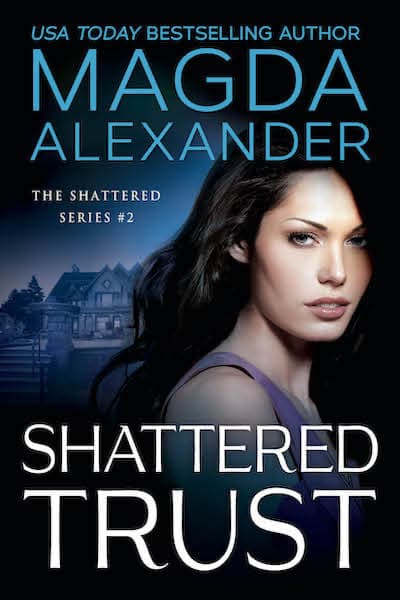