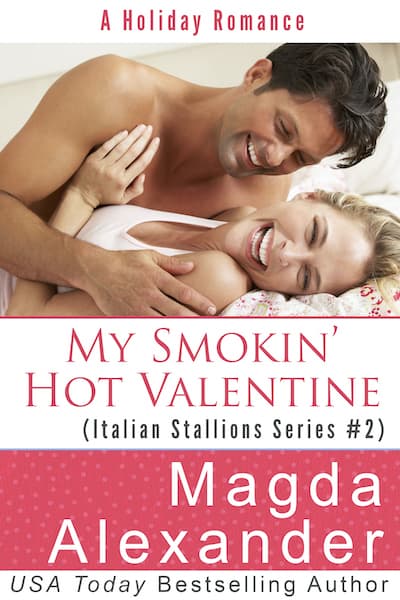 “NEED A LIFT?” I whisk down my SUV’s passenger window and ask the woman who just flagged me down. She’s standing behind a car stuck in several feet of snow hopping from foot to foot and rubbing her arms to keep warm.

“Yes, please.” Bundled up as she is in a white parka, the only things visible are a pair of round glasses and a red nose.

I’d been on my way to the Bear Paw Ski Resort for a much-needed weekend getaway when a pileup on the main highway forced me to take an alternate route through a one-lane road. No sweat. My all-wheel Chevy Tahoe is more than up to the task. After I pull my SUV in front of her vehicle, I make my way to her side fighting the wintry blast. “What happened?”

She jerks a hand toward her sedan. “The car, it just drifted off the road. Before I knew it, I was in a ditch.”

Her body language tells me she’s beyond cold. If she stands out here much longer, she’ll freeze. I can’t distinguish her car’s make and model covered with snow as it is. “Does it have all-wheel drive?” I yell, trying to make myself heard over the screaming wind. A car missing that capability would find it hard to manage this blizzard.

“No. They offered me one at the rental place, but I had no idea how to make that work. So I declined.”

What’s there to make it work? You turn on the ignition, point the car in the direction you want and press down on the gas. But no sense making her feel bad about her decision. “Did you call for a tow?” I scream.

Flakes pile up on her glasses, and she swipes at the lenses so she can see. “Yes, but they said it would be hours before they’d get to me. They’re swamped.”

“You can’t stay here. God knows how long it will take before they get to you. You could freeze to death or worse.” It’s in the low twenties with a howling wind.

Her slow blink makes her look like an owl. “What’s worse than freezing to death?”

“Getting hit by a semi and splatted against those trees.” I point to a nearby copse of elms.

She shivers. From the cold. From the gruesome picture I drew for her. Who knows?

“Where are you headed?” I ask.

“I can give you a ride. I’m headed there myself.” Another blast of wind lashes us. Damn it. I have to get her inside my car before we both freeze.

“Okay.” Her tone’s wary and hopeful at the same time.

Flakes fall fast and furious and big enough to blind me as I trudge to her car. But before I take two steps, she stops me cold.

I turn back to her. “You’ve got to be kidding me.”

“No. I’m not. License and registration, please.” She sticks out a trembling hand. What is it with this woman? Does she want to turn into a frozen popsicle?

Grumbling under my breath, I fight my way to the Tahoe, pull the registration out of the glove compartment and hand it and my driver’s license to the diminutive dynamo on the side of the road. Women! “Here.”

From the depths of her coat, she pulls out her camera phone. With shaking hands, she snaps a picture of both.

What the hell? “What are you doing?”

She fiddles around with the buttons on her cell. “I’m sen-sending the p-p-pictures to a friend. In c-c-case my b-b-body’s found later on.”

“Lady, you’ve got quite an imagination.”

She sniffs and wipes her nose with a tissue. “I b-b-better. I’m a writer.”

“What do you write?”

Tucking her hands against her chest, she skips from one foot to the other. “Ro-romance no-no-novels.”

Figures. She’s got the helpless-damsel-in-distress act down to a science. “Can I get your bag now?”

“Yes, th-thank you.” She reaches inside her car, grabs a briefcase from the rear seat and climbs into my Tahoe, leaving me to haul her suitcase from the trunk. The damn thing weighs a ton. But then she probably has her winter gear in there.

Once I’ve secured her bag in the back of my SUV, I slip behind the wheel. Almost sighing with pleasure from the welcome blast coming off the heater, I toss the gloves on the dashboard. She’s sitting ramrod straight in the passenger’s seat, with her arms still wrapped around her middle.

“You might want to take off your coat. And you need to snap on your seat belt.”

“In a mi-minute.” What the hell is she waiting for? And then a light bulb goes off. She’s so cold she can’t move. Although the coat makes her look bigger, she’s a tiny little thing. Maybe five two, five three.

“You need help?” My voice softens with pity. God knows how long she stood out there. It’s a wonder she didn’t freeze before I found her.

“Y-Yes, please.” Polite little thing. Wish I could see her eyes, but the car’s heat has fogged up her glasses.

I gently pull down her hands, rub her arms to get some circulation going in them. Once I feel some loosening up, I peel off one glove and urge her hand toward the heater.

She jerks it back. “Ouch, that hurts.” No wonder. She’s wearing a pair of fleece gloves that probably soaked up every flake of snow.

“Here.” I peel off her other glove and capture both her hands between my own. After thirty seconds, I blow warm air into the cave I created of our joined hands.

The sound goes straight to my groin, and my dick gets hard. Fuck. Great time for this to happen. It’s not like I can do anything about it. Better get my mind off my body’s reaction. Fast. “You didn’t bring any ski gear with you. Are you renting it at the resort?”

She jerks her hands from the cozy cave and snaps on her seatbelt. “That’s right. I don’t.” She straightens out to her full height and stares straight ahead. Neither her tone nor her pose encourage any more discussion on that subject.

Fine. Never mind I just saved her ass from freezing to death. Reminding myself it’s none of my business, I turn on my wipers. They swish madly across the windshield to sweep the flakes from the glass. In the few minutes we spent talking, the snow has piled up on the road, and visibility is minimal at best. Good thing the ski resort is only a few miles away. Once the glass is clear enough to see a pitiful twenty feet in front of me, I pull out into the road.

For a few minutes, silence fills the space between us. But my male curiosity can’t leave well enough alone. “Meeting someone there then?” The only reason a non-skier would go to a ski resort is a hook-up. Maybe she’s meeting a boyfriend or girlfriend there.

“I don’t know you well enough to call you Nick.”

“No, I’m not meeting anyone. I’m going there to write.”

I have to chuckle at that. “You could have stayed home and done that.”

“Writer’s block. My agent suggested a change of scenery.” She clears her throat. “So you go to Bear Paw often?”

“A couple of times every winter.” Last time I’d brought Misty whose talented mouth could get a rise out of a dead man’s cock. Unfortunately, she wants a commitment. The kind that comes with a shiny ring. And I’m not putting my head in that noose for a good, long time.

“What about you? Are you meeting someone there?” she asks.

“Nope. Not this time.” I’d decided on an impromptu trip to the ski resort to escape my mother’s maneuvering. Marco, as the oldest, is getting her full court press on marriage, but she’s pushing me to marry as well, going so far as to invite Donella Verardo to dinner. Jesus. Now there is a ball breaker. The only reason she wants me as a husband is because I can build her a bigger and fancier house than any of her sisters. Well, gotta be honest here. That’s not her only reason. I can get any woman to come in less than thirty seconds flat using only my tongue. Since high school, girls have freely offered their pussies as test subjects. I’m happy to report there hasn’t been a disappointed one in the bunch. Just the opposite. I have a lot, and I mean a lot, who come back for seconds and thirds. I usually turn them down, though. And I absolutely refuse to go out on a fourth date. Don’t want them to start hearing wedding bells.

As the storm intensifies, thoughts of my sex life fade away, and I focus on the road. It takes every bit of my considerable driving skills to get through the blizzard, but finally after an hour we reach Bear Paw. No chance of skiing today, but tomorrow the sun will be shining and the snow will be packed with a fresh coat of powder, enough for me to enjoy a couple of runs. With any luck, I’ll meet a couple of snow bunnies eager for some fun. And after a sumptuous dinner, on me of course, I’ll invite them to my suite where they can work their clever tongues on me.

Return to My Smokin’ Hot Valentine 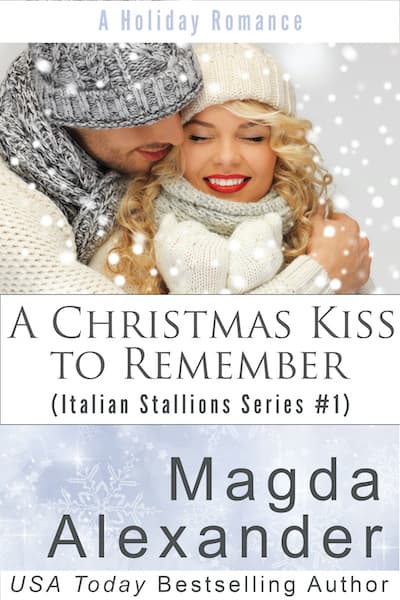 A Christmas Kiss to RememberBook 1